I have always known how difficult it would be to run again after months and years of no running, but I never realized it would be this hard. 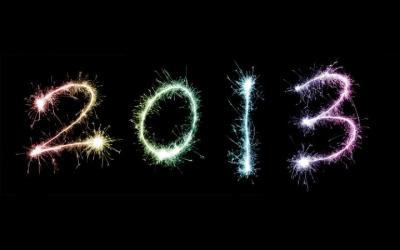 I stopped running completely in 2010 because my lower back injury was getting worse. After years of seeking treatment, I finally felt better enough last year to run again. I’d always told myself I would go back in training, but despite weeks and months passing by, I never managed to get back on track.

Now it’s 2013. I know how cliché-ish it is to make a New Year’s Resolution, so I will just state it this way: I will start running again, I will train for my second marathon, and I will run my second marathon this year.

And you know what, I’m already starting to make that come true. I ran today, my first for 2013, and even though it was only around 2km, I felt good finishing it without stopping. Yes, I know it’s pathetic. I’ve ran a full 42km before, where I only stopped to walk after 30km, and now I’m celebrating 2km?

Well, the hard truth is that once you stop running a long time, you really have to go back to square one. And square one for me is 2km. I know I can do better, as long as I do it regularly.

I’m finally getting back on track, and for me, today, 2km is fine.

This is an example of a text widget which can be used to describe a particular service. You can also use other widgets in this location. Examples of widgets that can be placed here in the footer are a calendar, latest tweets, recent comments, recent posts, search form, tag cloud or more. Read more about the Genesis Framework.